the Crispy Cheesy Vegan Quesarito recipe is a tasty plant based update on the drive thru favorite. a burrito wrapped as a cheese quesadilla - you'll love it! 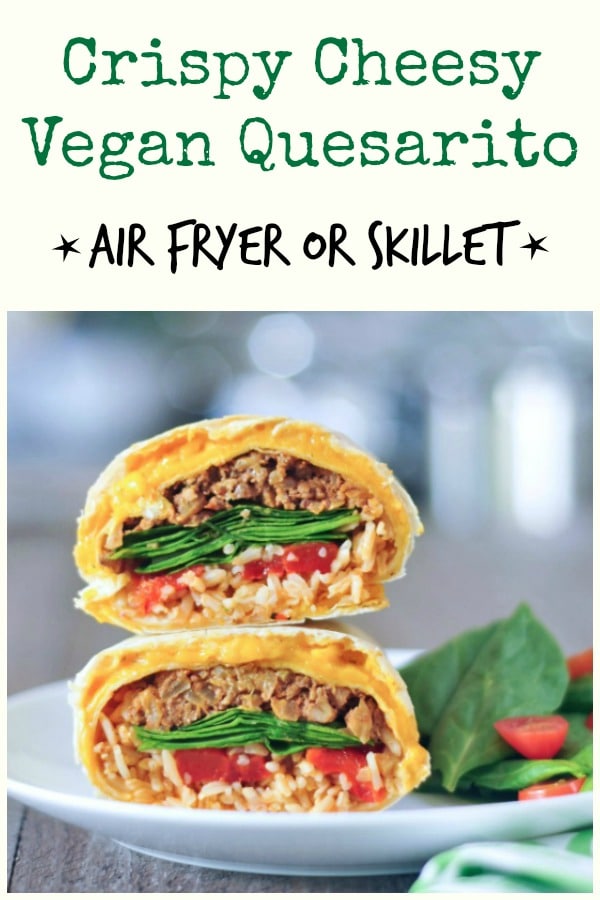 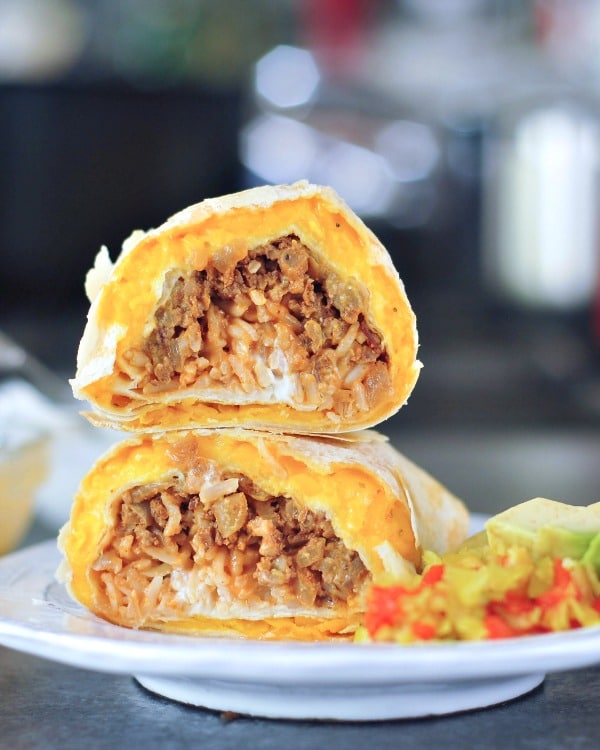 ...or Tacos Whenever Day, really.

Burrito Wednesday? I think that is a thing, too.

What happens if that burrito is enveloped by melty gooey cheese and a crisp quesadilla like shell? The Quesarito has been made popular by both Taco Bell and Chipotle, but I don't know her.

Kidding - I eat at both of those places, where it is easy to find vegan options if I am in the middle of nowhere or just have a craving! The Quesarito though - that I have to make at home with my own Vegan Queso, homemade cheeses and Meaty Crumbles.

and I have done exactly that. 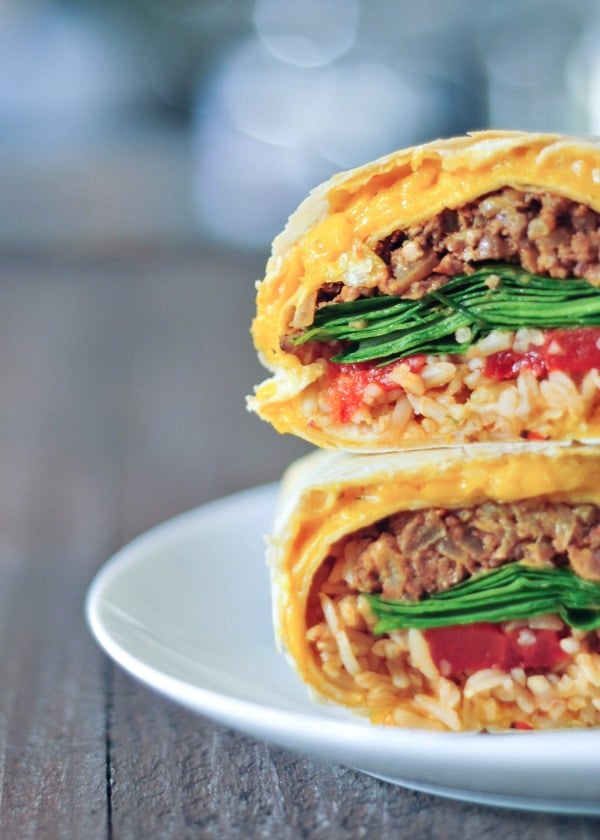 Much like that Crunchwrap that is all the rage around here, my Crispy Cheesy Vegan Quesarito recipe just might be as good as the real thing?

Luckily, you can decide yourself with my quick and easy recipe.

Well, quick and easy once you make the fillings, which really don't take too much time. The fillings are all components you can add to your Weekly Meal Prep Day, if you are into that sort of thing.

You can also use beans in place of my Meaty Crumbles, and one of the many decent store bought vegan cheeses available. Violife, Chao, and even my favorite Daiya block, Jalapeño Havarti - I am looking at you.

For my Crispy Cheesy Vegan Quesarito recipe though, I keep it as homemade and whole foods as possible. For the quesadilla portion, I used a blend of my Vegan Queso and Julie & Kittee's super awesome gratable cheese for maximum melty goodness. My Simple Spanish Rice and Meaty Crumbles make up the filling, with a tangy sauce, cashew cream or dairy free sour cream, and often, some greens and peppers. 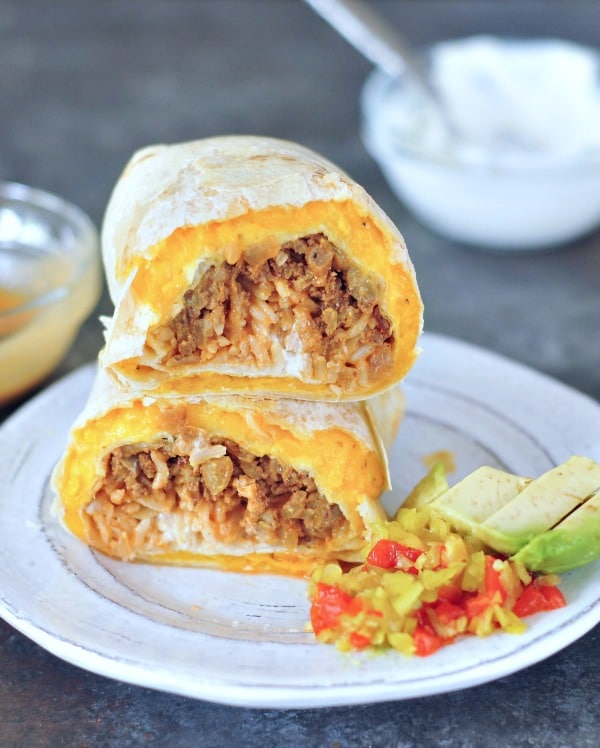 Add some greens to that beige burrito.

For authenticity sake, I did make one of the original - meat, queso, rice, sauce, cheese, and sour cream. Then I snapped some photos of how I usually make them - with all of those things and some spinach and peppers, either raw or roasted reds.

Either way - so good.

I also used gluten free tortillas, so that is definitely an option. My favorite - most pliable - gluten free and vegan tortillas are Siete almond flour tortillas and La Tortilla Factory tortillas. I always warm them for easier folding.

Make a run for the border... in your own kitchen!

for Unlimited Grocery Delivery - add these recipe ingredients to your list. use code FRESH25 for a $25 off discount on your first AmazonFresh order!

Kristina is spabettie! She discovered a love of cooking at an early age, and founded spabettie in 2010 to share vegan recipes. As the sole recipe developer and photographer, Kristina turned her culinary training into sharing flavorful and vibrant vegan food! She loves dachshunds, karaoke, drums, and travel.