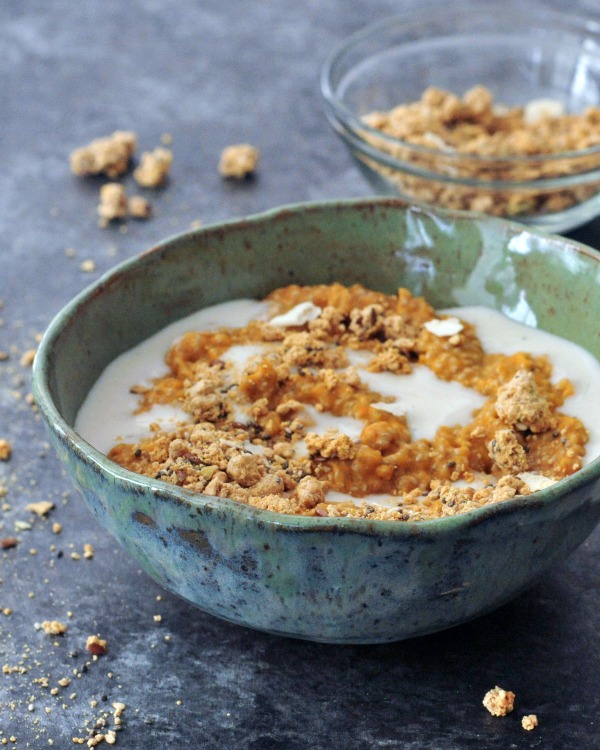 My breakfasts have been blissfully basic lately.

In my defense, I am a year round pumpkin fan, AND I have never even had a PSL. But yes, I admit - this Pumpkin Spice Latte Chia Pudding is the most basic of basic and I am all about it.

Blissfully basic that keeps me full and energized all morning. 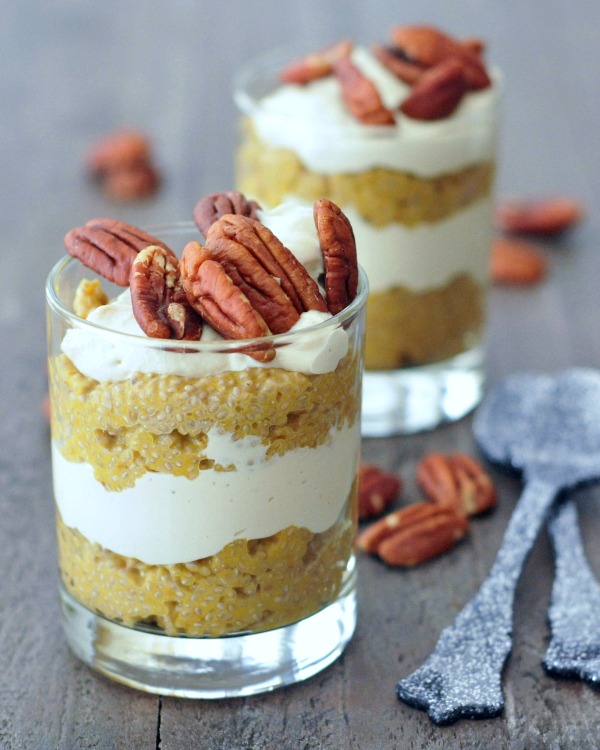 How To Make Pumpkin Chia Pudding

Chia pudding could not be easier to make, and it takes less than five minutes.

Because I have never tasted a Pumpkin Spice Latte, this recipe was made a couple different ways before I landed on the one I have been enjoying for a while.

I first added coffee flavor to the pumpkin pudding. It was okay... not great. I prefer my pumpkin unadorned. Non caffeinated? Pumpkin with dates or maple only?

So I added the coffee to the cashew cream layer and jackpot! We had a winner - I have this Vegan Pumpkin Spice Chia Pudding for breakfast a lot.

How long does chia pudding take?

This vegan pumpkin chia pudding could not be easier to make, and it takes less than five minutes.

I like to make a large batch and keep it in several single serve containers, so I am not dipping into one big container each time. (I keep the cashew cream and pecan / granola toppings separate, and combine everything at mealtime.)

I use the small square containers from this meal prep set.

So easy to make! 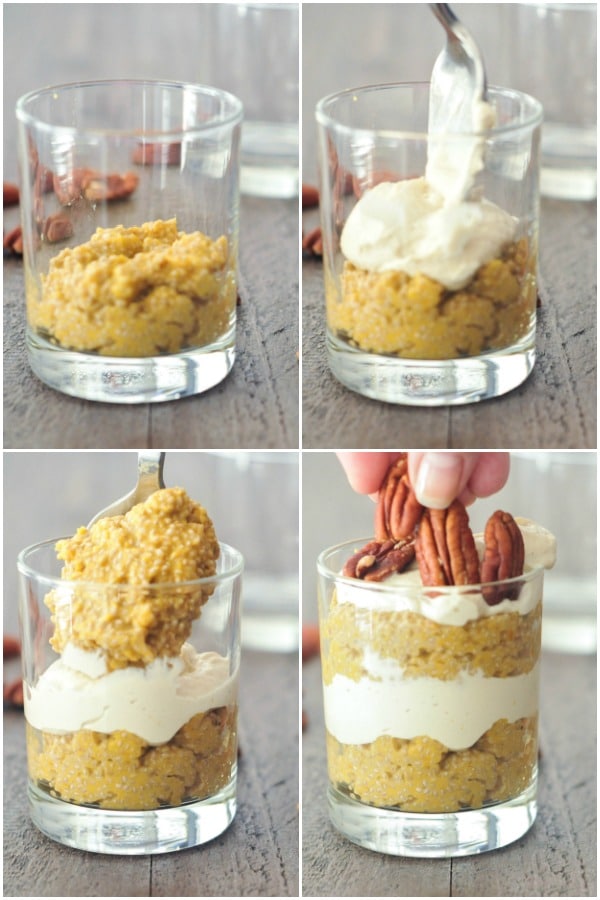 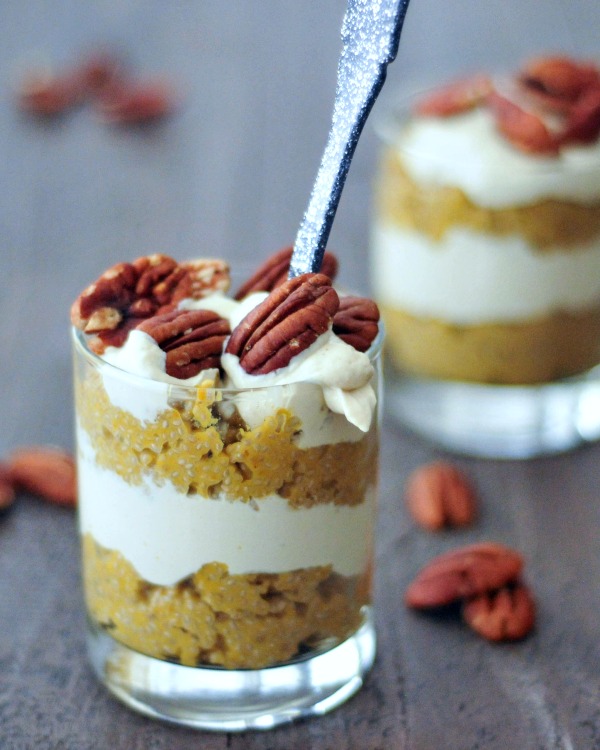 It takes so little time to make, and chia pudding lasts several days in the fridge!

I've been making this best version of the Pumpkin Spice Latte Chia Pudding recipe for more than a month. Yeah, I may have started as soon as we had our first glimpse of a sorta cool fall day. I'd make a double batch and enjoy it all week for breakfasts and after tennis snacks. 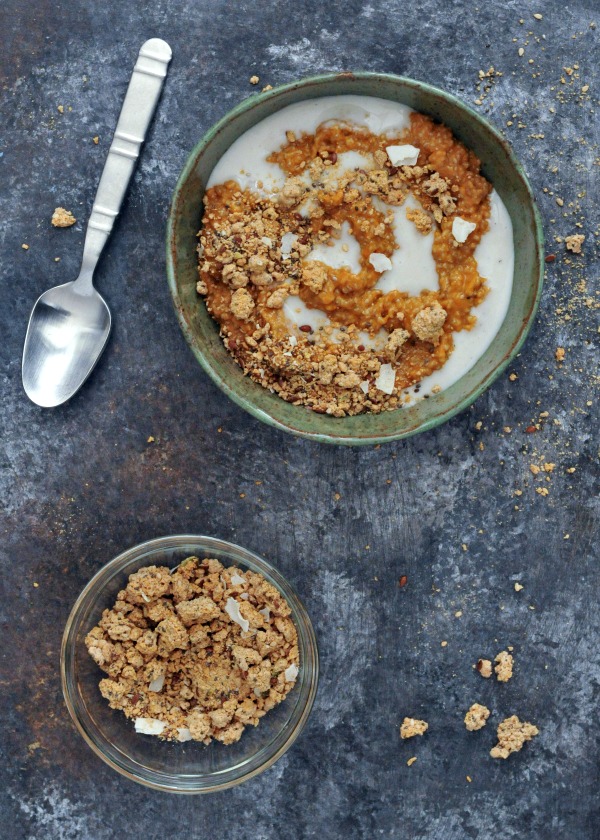 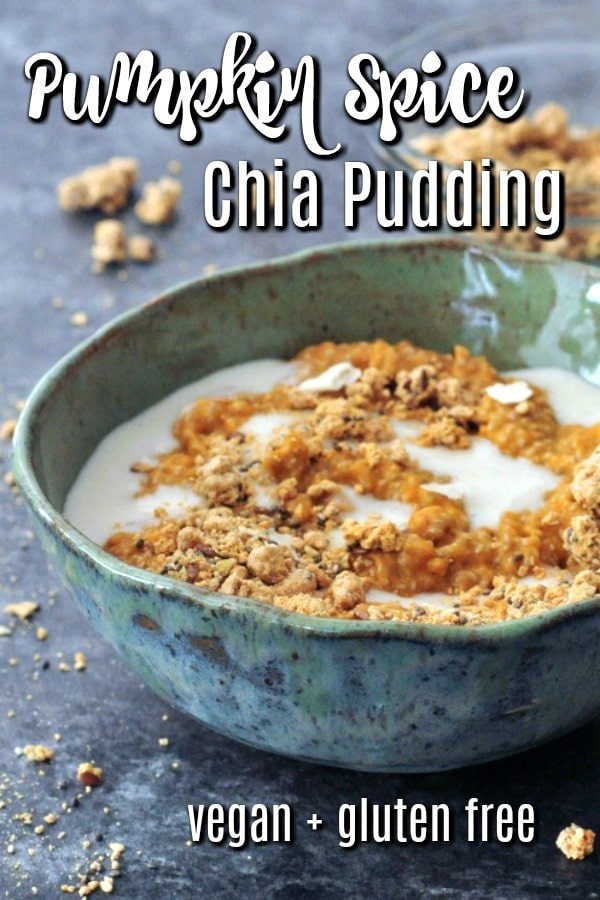 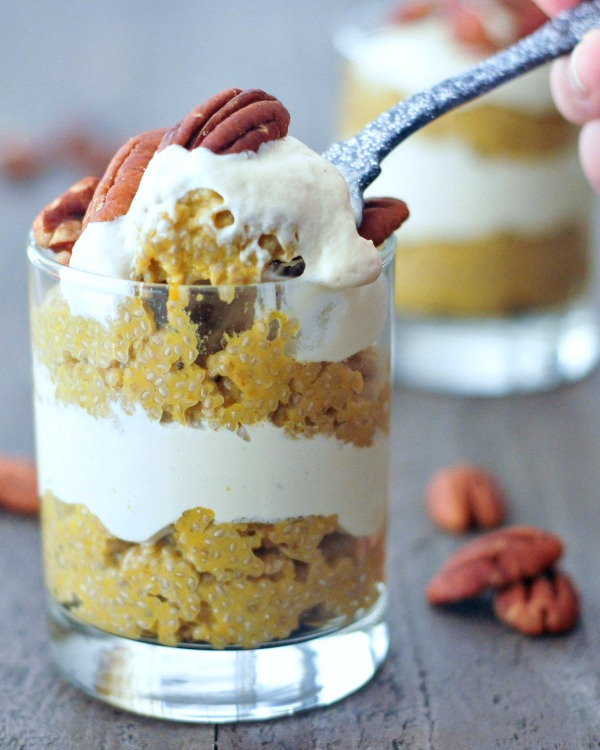 are you a year round pumpkin fan?

thoughts on the Pumpkin Spice Latte?

Did You Make This Pumpkin Chia Pudding Recipe?