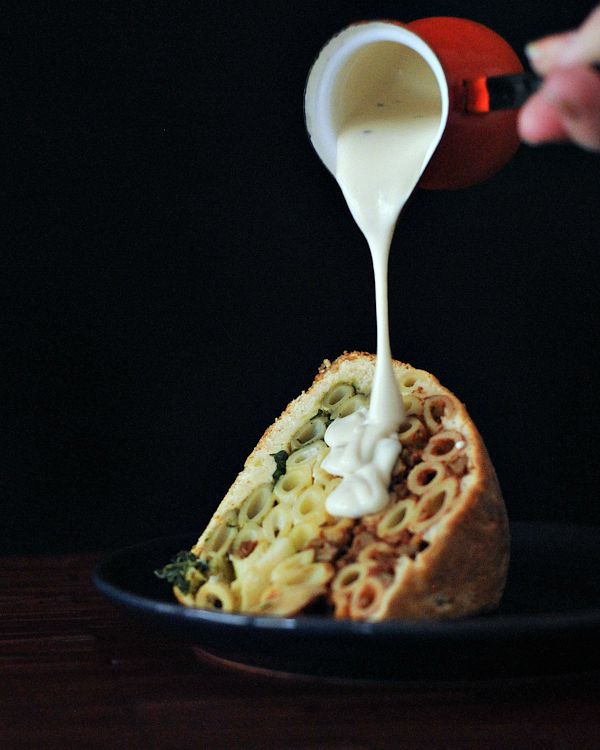 Big Night is one of my favorite movies. Have you seen it? Two brothers running a restaurant, and make an epic meal and a big party for a guest of honor, Louis Prima.

Today, Vegan Mofo asks us to make something inspired by a book or film. While my Chef's Mojo Cubano Sandwich does apply here, I really wanted an excuse to make a timpano.

A Timpano - also called a Timballo - is an Italian baked pasta dish. 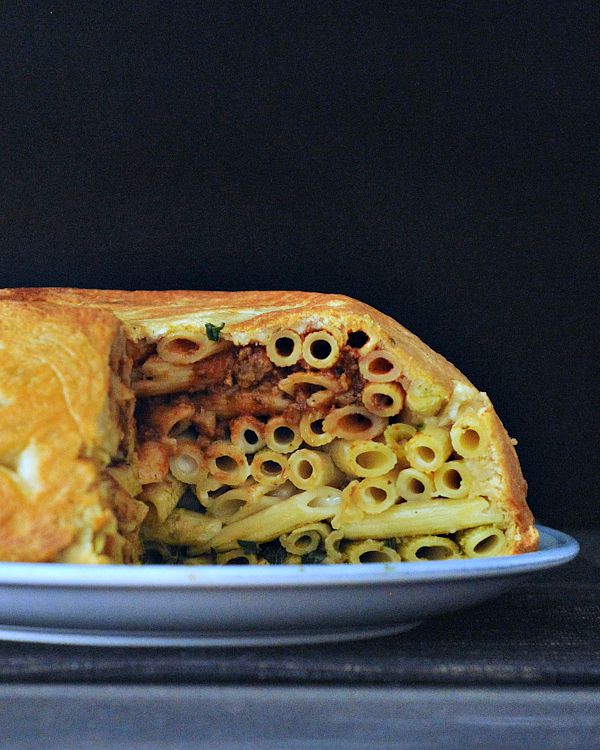 A glorious carb stuffed with carbs. This would be perfect before a marathon. or during a Netflix one...

I have made a Timpano before, when I was a vegetarian (that one had eggs within one of the layers, as is traditional). I have been wanting to create a plant based vegan version for a while now, and Vegan MoFo was all the motivation I needed. I have several ideas for different flavor combinations and fillings, but I kept it semi traditional for this one.

Just like the first time I made a Timpano, this was a two day project for me. Day one, I made batches of my Slow Cooker Basil Marinara and Cashew Bechamel. Day two, I cooked the pasta and made the dough. Okay, nope - this time I wondered what a puff pastry shell would be like? 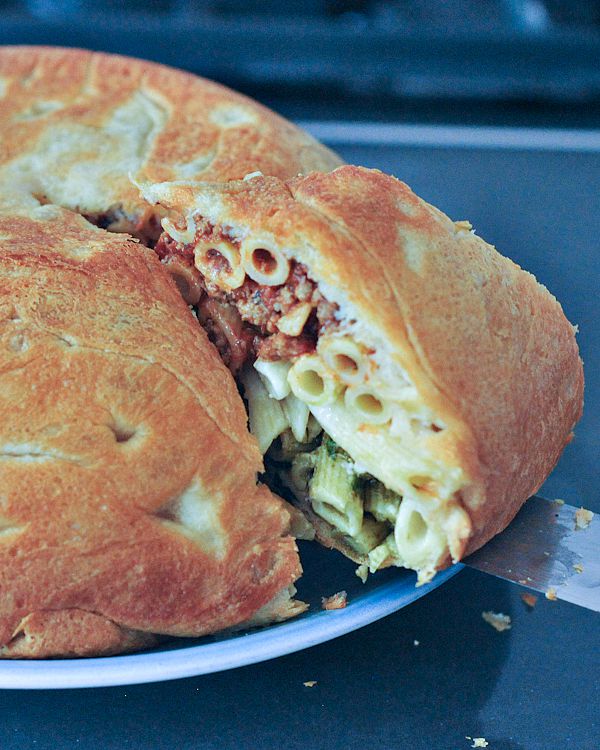 Open crescent dough tubes, unroll one and pinch together to make one sheet. Use ⅓ of second tube to create a full square of dough. Line bowl with dough, draping over edge to seal closed later.

Layer pastas in dough lined bowl: marinara first (this will be the top once flipped over), bechamel second (middle layer), finishing with pesto spinach layer (base layer once flipped).

Cover pasta with remaining crescent dough, pinching together with overlap dough to seal around edge. Bake at 350 °F for 38-43 minutes, or until dough is golden brown and completely cooked.

I used an oven safe glass bowl, so I was able to see the dough bake and become golden brown). At 30 minutes, the top was perfectly browned, so I loosely covered with foil to keep from burning while continuing to bake). 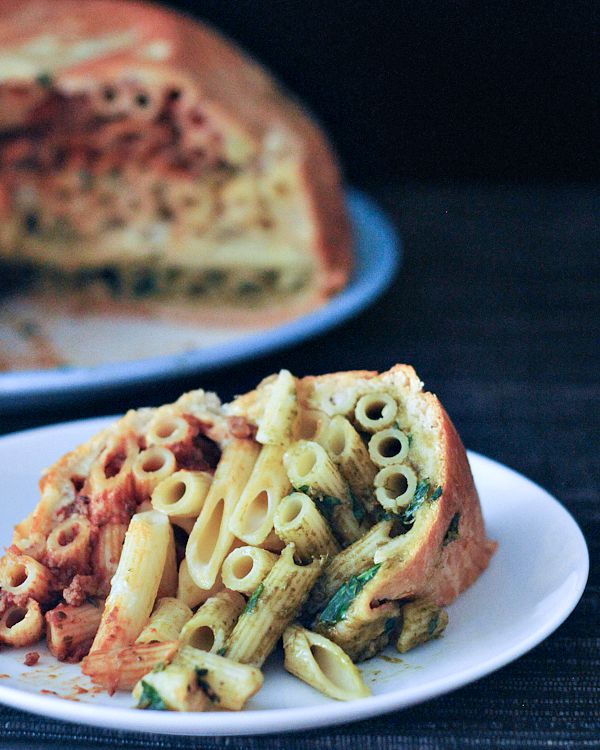